Modal and semi-modal verbs are auxiliary verbs that are used to express our thoughts about people, actions and situations. They are used to describe what we feel is right, wrong, necessary, advisable and possible.

Modal verbs include the following:

Can, could, may, might, shall, should, will, would, and must.

These auxiliary verbs are followed by the infinitive without to.

Semi-modal verbs include the following:

Ought to, had better, have to, need to, use(d) to and would rather. 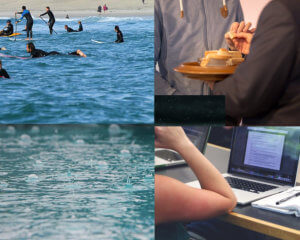 Modality, in English grammar, is a way of examining and talking about the following concepts:

More on the course

Had better and would rather are followed by the infinitive without to.

Have to, need to and use(d) to follow the same grammar rules as main verbs.

The following structure is also covered in this course.

To be + adjective + the to-infinitive.

Modality in other parts of speech is also covered in this course.